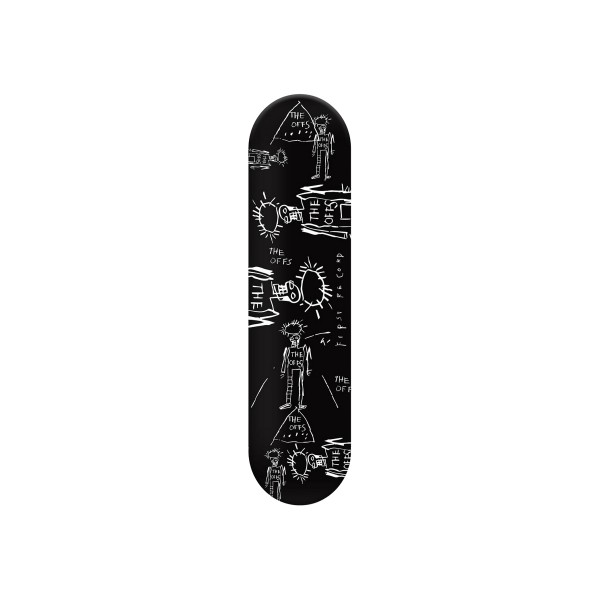 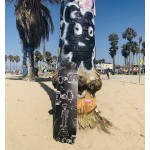 The OFFS Limited Edition Skate Deck, Graphics from The OFFS First Record, Cover Art by Jean-Michel BasquiatLimited edition Skateboard Deck in Solid Canadian Maple wood. Skateboard deck, concave: medium. Construction: 7ply Canadian maple Size 32.125"x8.0”DECK Bottom PRINT: 1-color printingBASQUIAT – THE OFFSIn 1984 The Offs produced their “First Record” featuring the iconic cover art of Jean-Michel Basquiat. Basquiat was paid a grand total of $400 that his mom needed for rent. These records have become rare and sought after collector items.Later this year there will be a limited release of an Emerald Green Vinyl Album to celebrate the 35th anniversary of the original album release. At the same time work will start on the production of a large effigy of the totemic figure featured on the album cover art. The plan for 2020 is to showcase this iconic art piece at Burning Man and thereafter in December at the famous Art Basel Fair in Miami.This project aims to share the awareness Basquiat sought to expose in his life and art, regarding the disparity between cultures and races. Basquiat lived in turbulent times that saw the emergence of great freedoms for some, while many still labored under the harsh social conditions of racism and class distinction. Not all these conditions have disappeared, but rather some are reappearing with great frequency making the message in Basquiat’s words and art ever more important today.Each skate deck is accompanied by a numbered authentication certificate from Venice Modern Art.

This product qualifies for free shipping within US 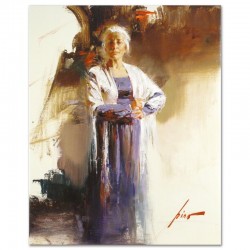 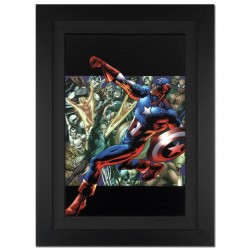 Add to Wish List
Compare this Product
"Captain America: Man Out Of Time #5" Extremely Limited Edition Giclee on Canvas by Bryan Hitch and Marvel Comics. Numbered Out of Only 10 Pieces and Hand Signed by Stan Lee. Includes Certificate of Authenticity. Custom Framed and Ready to Hang.
A piece of comic book history, this limited edition, from original art by Bryan Hitch, depicts the h..
$1,130.00
Add to Cart
Add to Wish List
Compare this Product 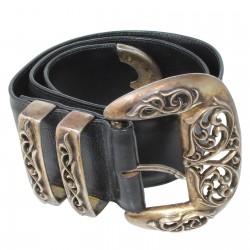 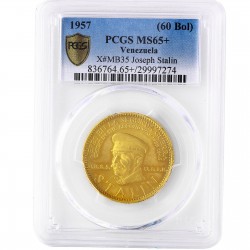 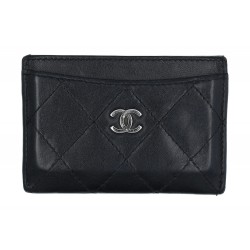